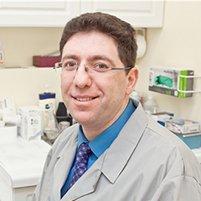 Nail problems can be stubborn and frustrating, but there are solutions. Absolute Foot & Ankle Clinic serves patients in Northbrook and Crest Hill, Illinois, helping with all types of podiatry issues.

How Are Ingrown Toenails Treated?

The ingrown portion of the toenail needs to be removed in most cases. In rare situations, the podiatrist may have to remove the entire toenail. Usually, the podiatrist will prescribe medication to ensure that the infection is eradicated after it is treated.

Can Ingrown Toenails Be Prevented?

People who have ingrown toenails may tend to develop the same problem again in the future. Once the podiatrist has treated ingrown toenails successfully, there are several different things that a person can do to prevent problems in the future. Nails should be kept trimmed straight across, leaving the nail edges in place. The sides of the nails should not be rounded, as this can encourage growth in the wrong area. Nails should be kept short enough that they won't hit the ends of the shoes. Don't cut nails too short, but don't allow them to go past the end of the toe. Make sure that shoes are not too small or too tight in the toe area. Shoes with wide box toes are best for people who are trying to prevent ingrown toenail.

How is Toenail Fungus Treated?

The treatment for toenail fungus targets the infection that caused the fungus. Oral antifungal medications, taken for 2 to 3 months, may be enough to resolve the fungus. There are also antifungal creams that are available by prescription. A medicated polish can also be prescribed by the doctor. It needs to be used daily for around a year. Laser light treatments can target the nail bed, destroying the fungus exactly where it is. In some cases, nail removal may be needed. A new nail can then develop in its place.

How Can Nail Fungus Be Prevented?

Prevention of nail fungus depends, in large part, on keeping the nails clean. Keep the nails trimmed, and wash the feet every day. Wear moisture-wicking socks, and never wear damp socks or shoes any longer than necessary. The podiatrist may also have some extra tips that can help patients prevent nail fungus.

We accept Medicare and its supplements and most private (PPO) insurances. Please call our office for verification of your specific insurance plan and benefits. Our list of insurance includes but is not limited to BCBSIL, Medicare and it’s supplements, Humana, Great West, Cigna, United Healthcare, Professional Benefits Administration, Multiplan, Workman's Compensation. We accept all major credit cards, cash and check payments, and offer significant discounts to cash payments.

Words from our patients