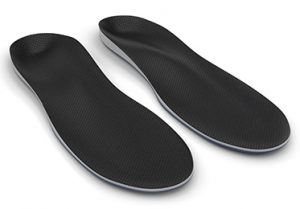 People who have foot and ankle problems such as foot pain, hammertoes, pain in the arches, heel pain, plantar fasciitis, diabetes, or other foot and ankle problems may need orthotic devices. If the feet or ankles have issues, the whole body can end up having problems. Custom orthotics can correct those problems and save wearers a great deal of suffering.

How Do Orthotic Devices Actually Work?

Orthotic devices align the feet and ankles in their correct positions. Although an orthotic device looks very similar to an insole, it is quite different in reality. A podiatrist creates a customized orthotic for each person using a three-dimensional model of the patient’s foot. Since the orthotic is specially designed for the individual, it will guide the foot exactly where it needs to be to relieve the stress and pain created when a person walks. In most cases, orthotics will simply slide into shoes, much like insoles do. Usually, orthotics will fit in existing shoes, but some people will need to size up half a size or so to make sure the orthotics fit comfortably.

Should Custom Orthotics Be Worn Constantly?

Orthotics should be worn on a daily basis so they can do their job effectively. The more that the device is used, the better it can work. Some people need time to get used to the sensation of using orthotics, but the adjustment period is usually quite brief. Most people with foot and ankle problems wear one type of shoe predominantly, but for those who wear two very different types of shoes, an extra set of orthotics may be needed. For example, a person who wears high heels to work but wears tennis shoes at all other times of the day will usually need two different sets of orthotics so that their gait can be consistently corrected.